Over 100 new maps depicting a trove of data related to the distribution and abundance of marine life throughout the Mid-Atlantic, Northeast and East Coast regions are now available in Marine Planner. 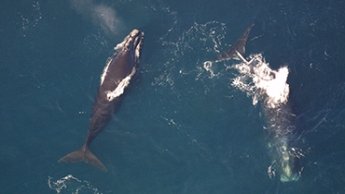 The maps are the product of nearly two years of work by the Marine Life Data and Analysis Team (MDAT) in collaboration with the Mid-Atlantic and Northeast Regional Planning Bodies. Users can access the data by clicking on the Marine Life theme in Marine Planner, and then choosing Birds, Fish or Marine Mammals from drop-down menus of map layer choices. The marine life data are currently labeled as “Draft” as they continue to undergo review and testing.

The marine life team gathered enough data to produce more than 3,000 potential map layers related to individual species. However, to ensure the initial presentation was relatively simple and user friendly, individual species were grouped together to create a smaller number of maps. For example, the Gulls and Gannets map layers include data for the Bonaparte’s gull, laughing gull, northern gannet and other birds.

A second, larger collection of maps that depicts the individual species with distribution by time frame and includes maps showing confidence levels will be published this fall. The Portal Team is enhancing the Marine Planner user interface to make these layers searchable by species name and other identifiers.

In total, 126 maps were added in this first release, substantially increasing the amount of marine life data available to ocean managers, stakeholders and the public. Some of the maps cover the full Atlantic seaboard from Key West through Nova Scotia, while others are tailored to specific areas, such as the Mid-Atlantic states or the combined Mid-Atlantic and Northeast regions.

Development of the map products was informed with input from public officials and diverse ocean stakeholders including many marine science advisors. The MDAT team was led by Dr. Patrick Halpin of the Duke University Marine Geospatial Ecology Lab with a team that included additional scientists from Duke and Loyola Universities and the National Ocean and Atmospheric Administration. Work is ongoing. 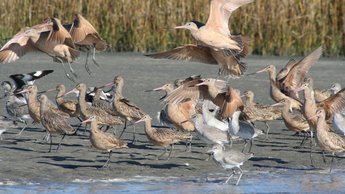